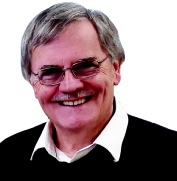 Over the 28 years that Joy and I have lived in Eccleshall I have been involved with radio, television and the local press. Mostly promoting the town, its businesses, organisations and people.

I was involved briefly with Stafford Hospital Radio and I had a early morning ‘what’s in the papers’ spot on local radio during my years as a newsagent.

I write a weekly column in four local newspapers, the Staffordshire Newsletter and the Stone Newsletter, the Market Drayton Advertiser and the Newport Advertiser.
I supply a weekly press release to local media.

I supply two monthly magazines with articles and photographs about Eccleshall, the Stone & Eccleshall Gazette and the Eccleshall Life.

I enjoy a friendly relationship with Stafford FM and  I appear on the Ray Crowther show every so often either promoting Eccleshall or the Rotary Clubs.

Every week I supply a general press release to all of the local newspapers, radio stations and television channels with items often appearing promoting Eccleshall. I also keep Facebook Eccleshall News supplied with local news.

I am the honorary press officer for a number of local organisations including the Eccleshall Parish Council, Eccleshall Festival, Eccleshall Singers and promote through the columns and items many of the events and happenings in the area. 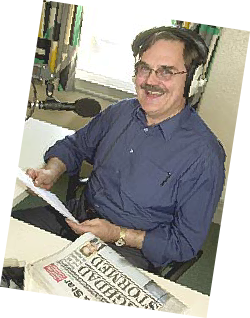 The Press and Me